Bipolar disorder (also known as manic depression or manic-depressive illness) is a mental condition signified by shifts in mood, activity levels, concentration, energy, and overall ability to perform routine tasks. People with this disorder may experience extreme emotional states for extended periods, commonly referred to as manic episodes. A manic episode may last a few days, a few weeks, or even a few months. The emotional state during this episode may be characterized as depressive or manic/hypomanic.

It is worth mentioning that mood fluctuations that last a few hours do not fall into the category of bipolar mood disorder. Also, these fluctuations do not accompany extreme mood variations, which are a typical sign of bipolar disorder.

While the exact reason for bipolar disorder remains unknown, many experts believe that this mental disorder is more likely to occur due to some factors, such as:

Other risk factors that may lead to bipolar disorder include drug or alcohol abuse and extended durations of mental stress.

Bipolar disorder is identifiable through depression and mania/hypomania. These symptoms later lead to:

According to the National Alliance on Mental Illness, bipolar disorder can be classified into four types. Here is a brief overview of all those types.

The procedure for diagnosing bipolar disorder may involve the following measures:

The following protocols are used for treating bipolar disorder.

What is the most common treatment for bipolar disorder?

The standard protocol for treating bipolar disorder mainly includes mood-stabilizing and atypical antipsychotic drugs along with psychotherapy. The most commonly used medications in this regard are valproic acid and lithium carbonate.

Can bipolar disorder be cured permanently?

There is no cure for bipolar disorder. However, patients can manage their symptoms effectively with prescribed drugs and regular therapeutic sessions. Hence, they can live a productive life with fewer instances of the symptoms resurging.

Does bipolar worsen with age?

Yes, bipolar disorder can worsen with age if left untreated.

Is bipolar a serious illness?

Yes, bipolar disorder is a severe mental illness due to the magnitude of its short- and long-term consequences. Aside from being a mental condition, bipolar disorder also accompanies several physical health problems. For instance, this condition is generally characterized by reduced appetite, leading to nutritional deficiency and subsequent physiological conditions.

How successful is the bipolar treatment?

Bipolar disorder is a treatable condition even though no cure is available to eliminate its root cause. According to the National Advisory Mental Health Council, the success rate of bipolar treatment is around 80%.

Bipolar disorder starts as a mental health condition and may later transform into a life-threatening ailment, affecting a patient’s psychology and physiology. Fortunately, timely help can solve this problem for good. At EuroMed Clinic Dubai, we extend a helping hand to bipolar disorder patients through our highly qualified psychiatrists and therapists. To book a consultation, please fill out the form below. 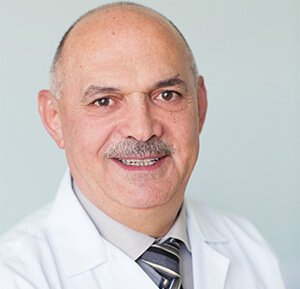 Check Out Our Specialists Profiles